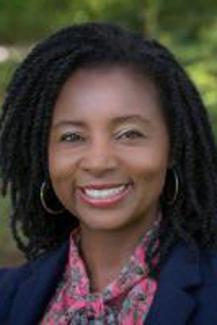 Marie Denis-Luque holds an MSPH in Epidemiology and an MPH in Community Health from the University of South Florida. She is now pursuing a doctorate in Public Administration at FSU. Before her role as Research Administrator at C-PSHE, she worked in the Florida Center for Prevention Research as a Specialized Research Faculty and the FSU Department of Family and Child Sciences on multiple projects. Mrs. Denis-Luque has worked on different research topics, including maternal and child health, women’s health, and infectious diseases at four universities, and taught at the graduate and undergraduate levels at three different institutions. Soon after graduating in 2005, she began her Public Health career at the USF Lawton and Rhea Chiles Center for Healthy Mothers and Babies, where she worked on a multi-year qualitative study exploring personal, social, contextual, and environmental factors that contribute to adverse maternal, birth, and infant outcomes in African American women in three Florida counties. In 2010, she accepted the Community Project Directorship position at Augusta University, leading an HRSA funded project assisting HIV-positive women in 15 rural Georgia counties to access services. In 2012, she worked as the Project Manager and Evaluator at the Jiann-Ping Hsu College of Public Health at Georgia Southern University for a state-funded initiative to conduct community health needs assessments for 18 nonprofit rural hospitals in Georgia.

One of Marie’s passions is child advocacy. During her graduate studies at USF, in 2003, she founded Caring for Haitian Orphans with AIDS (CHOAIDS), a nonprofit organization with a mission to enhance the quality of life for HIV-positive children, and the only institution dedicated to this vulnerable population in Haiti. CHOAIDS is still in operation and was featured in the Voice of America documentary, AIDS: Living in the Shadows, narrated by Elton John and premiered at the 20th AIDS International Conference in Melbourne, Australia. In sum, Ms. Denis-Luque’s education, diverse background, and experience in Public Health are strengths that she applies in her work at the Center for Population Sciences and Health Equity.