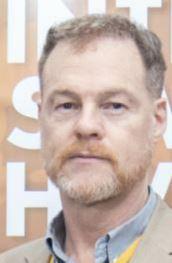 Dr. Donn Colby is a Research Physician at the U.S. Military HIV Research Program (MHRP) and the Henry M. Jackson Foundation.  Based in Seattle, WA, he supervises collaborative studies with Joint Base Lewis-McChord (JBLM) in Washington State and contributes to clinical protocols implemented in Asia.  Prior to joining MHRP in 2019, he was co-investigator on the RV254 trial of acute HIV infection and the project lead on a number of clinical trials implemented in collaboration with MHRP at the Thai Red Cross AIDS Research Centre in Bangkok, Thailand.

Dr. Colby’s has published extensively on the epidemiology of HIV in Southeast Asia, clinical outcomes among people living with HIV, the implementation of preexposure prophylaxis (PrEP), and clinical trials of novel therapeutics investigating the potential to cure HIV infection. He is also a member of the AIDS Clinical Trials Group (ACTG), HIV Reservoirs and Viral Eradication (Cure) Transformative Science Group and an academic editor for PLoS One.