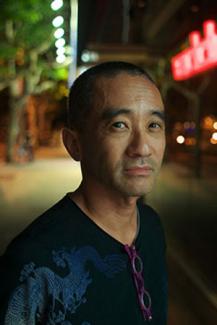 Dr. Wong has expertise in community-based research targeting racial/ethnic and underserved populations with a history of or who are currently using alcohol, tobacco, and other drugs (ATOD) and engaging in HIV-related risk practices. His NIH-funded research focuses on the social epidemiology of ATOD, HIV, and other non-HIV sexually transmitted infections (STIs) among these populations in the U.S., South Africa, China, Tajikistan, Viet Nam, and Russia.

Dr. Wong is one of the handful of behavioral and social sciences researchers who conduct NIH-funded research addressing the sexual health and substance use/abuse as well as other health disparities among AAPIs in the United States. In addition, he is one of the first Western investigators to examine HIV-related risks (including ATOD) among men who have sex with men in China, where they now have the highest incidence and prevalence of HIV and other non-HIV STIs such as syphilis. Collectively, these two sets of work have informed others in the field how to conduct research with these hard-to-reach and hard-to-engage populations.

Dr. Wong is also known for his work in capacity building for research infrastructure. Before returning to academia full-time in 2000, he spent 7 years of his professional career delivering social and health prevention services that targeted under-served and vulnerable populations such as immigrants and refugees (in Boston) and ex-offenders (in New York City).